The artwork was also exhibited at the  Palais de la Découverte during the 2015 Brain Awareness Week, which took place between 16-22 March.
Special thanks to Aurélie Massaux at the Palais de la découverte and  to Celeste Rhoads and Pauline Lemasson at the American Library in Paris for their support and generosity. The project was led by Gifted in France, a non-profit association that, among its other projects,  is working to establish the Paris Brain Bee, a neuroscience competition for high school students. Paris Brain Bee is the first French affiliate of the International Brain Bee (IBB), which exists in over 50 countries.

Brain Awareness Week (BAW) is the global campaign to increase public awareness of the progress and benefits of brain research. Every March, BAW unites the efforts of partner organizations worldwide in a celebration of the brain for people of all ages. To learn more about the Paris Brain Bee or to join the volunteer team, contact Helen Sahin Connelly at parisbrainbee@gmail.com. 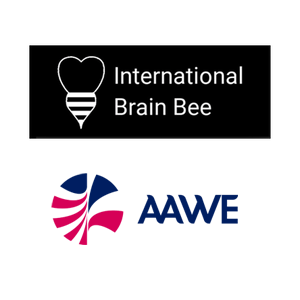